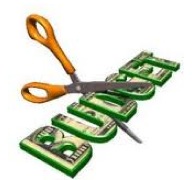 To begin with, I feel like my blog is overly consumed by politics and economics. As the owner of two small businesses, I cannot help but to be overly conscious of these forces in America which challenge me every day in the decisions I make. Theses forces impact my family's financial future, and the future each member of my staff. Each day I gaze across a parking lot full of cars that belong to my teammates. It reminds me that our company's paid out wages make those car payments, puts gas in those cars, and feeds those families.

I am constantly burdened by the notion that 100% of the tax revenue collected by our government in taxes goes toward paying the $2.5T in Medicare, Social Security, Medicaid, and interest on our debt. These are all expenses that neither me nor my team get any benefit from. Our tax contributions are going toward funding the unpaid benefits of our forefathers. All other expenses of the federal government including military, employees, homeland security, FBI, CIA, etc equate to $1.3T. New revenue from the Fiscal Cliff deal (Expired Bush era tax cuts) will contribute $600B (Democrat number) to $650B (Republican number) to reducing the $1.3T deficit. Clearly more is needed as we are only half way home.

Just do a litte math, and remember: today, 1/2 of Americans do not pay any tax at all.

Again - this is little math. By that, there are many implications that are not considered here. Principally, when you increase taxes, you extort spending from the economy and reduce consumer spending - which has an adverse impact to future tax revenue and job growth. This holds true of Sequestration also.

Take a careful look at the President's proposal for further cuts.

Reduce payments to Drug Companies and Hospitals - $170B - What is that?

Encourage efficient care, and ask the wealthy to pay more - $85B - What is that?

Increase postal fees and transportation fees - $40B. 40% of an airline ticket is already tax, along with 20% of hotel charges.

My biggest concern is the limitation of tax deductions to 28%. It represents another tax in addition to the $650B in Fiscal Cliff tax increases. This is on top of limiting Medicare, Medicaid, and Social Security benefits to America's wealthiest.

So here we are at a standstill. The Democrats refuse to cut benefits, and the Republicans refuse to increase taxes. But I ask you this. Should we be focusing on raising revenue and cutting benefits on the wealthiest 1% of Americans, or raising revenue and cutting benefits on the 50% of Americans who pay no taxes and get 100% of the benefits of being a U.S. citizen.
Labels: federal budget healthcare leadership politics taxes travel