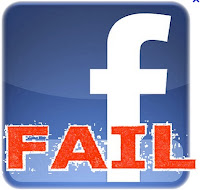 One would think that a company like Facebook would have a clue about development. Generally, I must give credit where credit is due. Largely speaking, it is awesome. However, every now and then, I see something that tells me that they are complete morons. Uber stupid. Dolts.

I imagine that like me, you have probably tried to find a friend or someone you just met on Facebook. You wander up to the top of the page and type in the name. 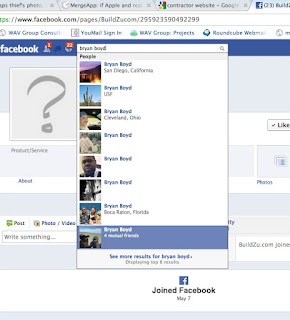 As you can see from this screen shot - there were 8 people that matched the name I was searching for. Way down at the bottom is the person that I was looking for (with 4 friends in common).

Wake up, Facebook. Put that dude up at the top.

Furthermore, rather than randomly displaying other names - display them in order of proximity to me. Obviously, there is a higher likelihood that I would be looking up the name of someone located in my town or my state rather than another country.

Ok, I feel much better now. Thanks for hearing my rant.
Labels: facebook technology