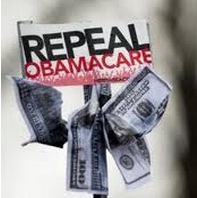 It is merely a cleaver trick. Since the federal government does not want to raise taxes, they are trying to pass laws that force Americans to pay for healthcare. I suspect that the supreme court will render an interesting decision. Personally, I am not sure how this is any different from taxing Americans for other federal government citizen benefits that they do not want.

Our government is drifting further and further away from the founder's principles. Our country was founded by people who were fleeing from unfair taxes. In reverence, our Boston Tea Party is simply known now as the Tea Party. Unfortunately they strayed from their core mission of fighting taxation and large government. The Tea Party should also recall the beliefs that our founders crafted around individual freedom and religious beliefs.

Before his knife cut, Long had put a cloth moistened with ether over Venable's nose. The patient felt no pain and didn't "fight" the surgeon as often happened in those days. Dr. Long would later say that he tried ether after watching college students experimenting with ether as a quick, cheap "high" at parties. He noticed they could then bang their heads on tables, walls and each other without feeling pain.

If Dr. Long had instead hung around the longshoremen's bars around which I grew up, today you might be greeted in pre-op with a shot of Old Overholt and an India Pale Ale chaser. (Much more effective than ether....believe me!)

Oh yeah, the other notable thing that Dr. Long did on this day concerned his bill. He charged Venable two dollars and twenty-five cents. (It was $2.00 to remove the tumor and $.25 for the ether.) Talk about a national health plan! (Don’t tell the Supremes….they’re busy right now.)
Labels: federal budget healthcare politics