The debt ceiling discussion should be about Obama Care 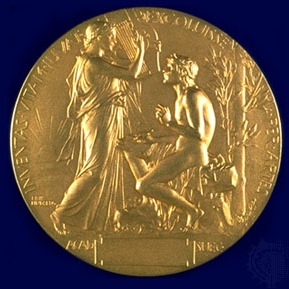 Now, using this understanding, put Quantitative Easing into perspective. The US Federal Government is printing $85 Billion a month. Remember too that a dollar represents debt guaranteed by the US Government - not Gold. There are also about 130 Million Tax filers in America. That means that every month, every tax filer in America is fighting a deflationary headwind of about $650 per week. You see, when the US Federal Treasury Quantitatively Eases money, that means they are printing it (not really, but virtually). The more US Dollars, the less they are worth, and the more Americans owe.

Now, lets think about the Debt Ceiling. The current debt ceiling is $16.7 Trillion. To pay that off, the government would need to set aside how much? If one trillion is $500 million every week for 40 years, then $17 Trillion would be $500 Million times 17 or $8.5 billion every week for 40 years. That would be tax bill of $6510 per taxpayer per week.

In our Nation, people seem to forget that we are a government of the people. The US Government is elected by us, me and you. When the Government goes into debt, you go into debt. Unless you plan on paying taxes for the next 40 years, your children also go into debt.

The Government shutdown is not helping America. It costs more than it saves. With federal workers averaging $108,500 per year in salary and benefits, if all 820,000 furloughed federal workers never came back, the total savings tot he Treasury would be $90 billion per year.  The shutdown will depress Q4 GDP. The government currently runs a $640 Billion deficit per year. That is 4% of GDP. Federal spending would need to drop by $640 Billion to balance the budget. Obviously the shutdown is not designed as anything more than a protest.

The only way that we will get out of this as a nation is to reform entitlements. As I have written before, I am constantly burdened by the notion that 100% of the tax revenue collected by our government in taxes goes toward paying the $2.5 Trillion in Medicare, Social Security, Medicaid, and interest on our debt. An average high income American couple that retired in 2010 will pay $156,00 in lifetime Medicare taxes, but receives $387,000 in Medicare benefits. 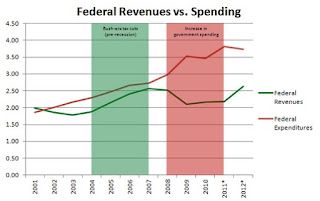 You will not see any politicians talking about this. It would be political suicide to blame the Baby Boomers - our Greatest Generation on our financial woes. They were my parents, aunts, and uncles. They fought win WW1, WW2 and Korea. They deserve affordable heath care.

The shutdown discussion today in government is talking about the Affordable Care Act, or Obama Care.

There is no doubt that with Obama Care, young adults will be paying more than their fair share of health care costs to subsidize the Baby Boomer generation's health care costs. I know that the health insurance fees that we pay every month for my family of 3  will go up and my benefits will go down when the Affordable Care Act goes into effect. My coverage will also go down.

The whole thing is a Vegas Shell Game being played by economists. They are moving the marble and lifting shells to distract our eyes. The game we should be looking at is the out of control spending, and out of control printing of money that are leading to an ever increasing amount of debt driven by out of control health care costs and entitlements.

P.S. - if you want to read a great article about healthcare, explaining that health care costs in America are the highest in the world - read this from the Denver post.