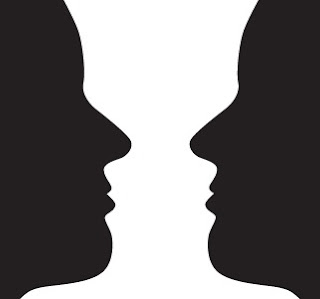 The central coast of California provides its residences with amazing sunrises and sunsets. The Pacific Ocean sashays up to rolling hills and vineyards, reaching up to foothills framed by panoramic mountain backdrops. We like it.

Sunrise this morning was spectacular, but it inspired me to think about perspectives. As I saw the sunrise, someone else on the planet saw the sunset - why the two terms for the same event?

Sunrise and sunset are different from life and death. They are more like two sides of a coin - the same thing, only made different by the side you see.

A long time ago I was the student of a great professor (Charles Talliaferro) of philosophy of religion. My young mind could not help to hold passionately to "my beliefs" until one day, he made me switch. He forced me to argue against my positon; and in doing so, he changed the way I think about so many things in life.


As I think back, he changed my perspective on so many things. I gained respect for opposing beliefs, opposing cultures, opposing sides.

As an athlete, I was predisposed to "hate the competition," in order to frame a winning spirit. As an athletic leader (captain), I united my team with common beliefs, common goals, and common enemies. All for one, one for all. The team was only as strong as its weakest member. 100% effort, 100% trust. It was a gentler form of military-like conviction to the team.

Strangely, philosophy of religion and politics leads to many wars. It pits neighbors, friends, and family members against each other in a battle of sunrise and sunset; heads or tails. Philosophers have long known that not even Reason itself can be justified on reasonable grounds.

I have begun to recognize that there can be opposing positions that are both correct - two rights. A sunset can be a sunrise even though they oppose one another.

It is amazing how a lesson learned so long ago has shaped a life.
Labels: philosophy politics